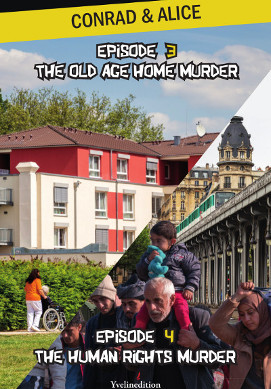 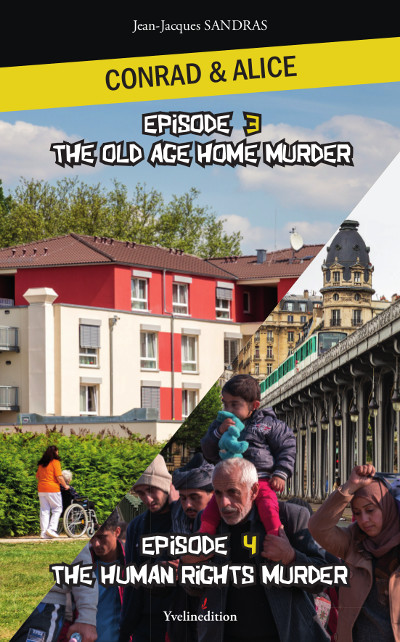 Here are the third and fourth episodes concerning criminal investigations in Paris by Alice, a twenty six year old French psychologist, and Conrad, a South African pensioner in his late sixties.
- In the third episode ("The old age home murder") Alice introduces Conrad to one of her patients, Julie, who has a serious problem because her handicapped mother wants to leave the old age home where Julie had placed her. Julie is afraid of losing her boyfriend should her mother come to live with her. Not wanting to jeopardise her love life Julie desperately wants to find a solution. Her boyfriend offers to help solve the problem but the situation gets out of hand. Once again our two investigators find themselves involved in a murder riddle and end up by helping the police solve the case.

- In the fourth episode ("The human rights murder") Alice invites Conrad to meet one her patients, Gerard, who is a South African journalist hiding in Paris from political extremists in South Africa who have executed one of his colleagues in Johannesburg because he had criticised their activities. Later on another fleeing colleague, Jeremiah, turns up in Paris and things go wrong. Once again our two investigators find themselves involved in a murder riddle and end up by helping the police solve the case.