Conrad in the Making 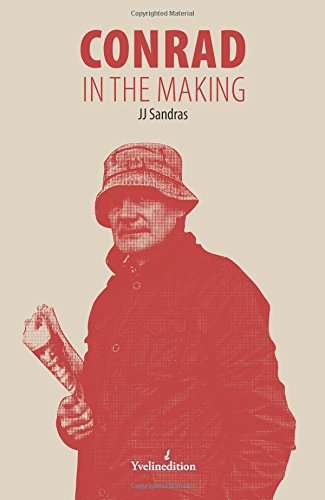 This simplified partial biography of a South African pensioner in his late sixties living in Paris begins with his childhood in Johannesburg and ends when he is twenty-three years old in the Punjab. It describes the events in his life which converted him from a typical South African Protestant to a follower of the Buddhist philosophy corresponding to Christ’s message.
His youth in Johannesburg describes a world that no longer exists, his encounter with a Bushman in the Kalahari is as amusing as it is instructive. As a lad of nineteen in swinging London in the late sixties he meets people who enlighten him on human values. Back in Johannesburg a year later he undergoes an existential crisis under favourable conditions enabling him to pursue his quest for the meaning of life pleasantly.
Three years later he embarks upon another voyage allowing him to enjoy a happy sojourn as a volunteer on a kibbutz in Israel before meeting the Master who opens the Path of the Buddha for him in the Punjab.
The author’s description of his search for the meaning of life is a happy one. It can be read with pleasure by old and young alike.